What to bring: Comfortable walking shoes, clothes according to the weather. Please notice that the tour is mostly walking outside with a short tram trip.

This fun and informative tour tells stories about the Helsinki city history from an another point of view. You will find out why there are so many naked statues in town and hear fact and fiction about them.

It all started when Finland became an independent country over 100 years ago. There was the need to leave the history behind and turn the capital city, Helsinki, for something new – a European city! 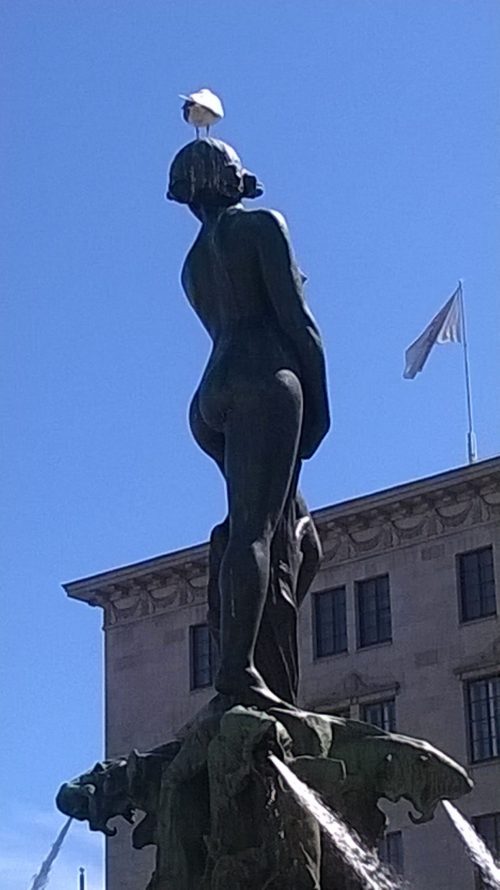 That´s when the decision makers decided to decorate the city like the Romans, with naked statues. They orderer a pack of statues to lift the image of this remote and Nordic place.

But what happened? Many of the naked butts caused big cultural scandals. On this walking tour you will hear some interesting stories of the history of Helsinki and see the City Center on foot. Tour also includes a tram ride to the Helsinki Olympic Stadium and back.

Havis Amanda is probably the most famous statue in Helsinki. Mr. Ville Vallgren scuplted her in Paris and after that she was brought to the Helsinki main Market Square in 1908. There are many speculations of the model, or models, who´s beautiful figure we see in her. Listen, what she has to say:

The story of Havis Amanda statue